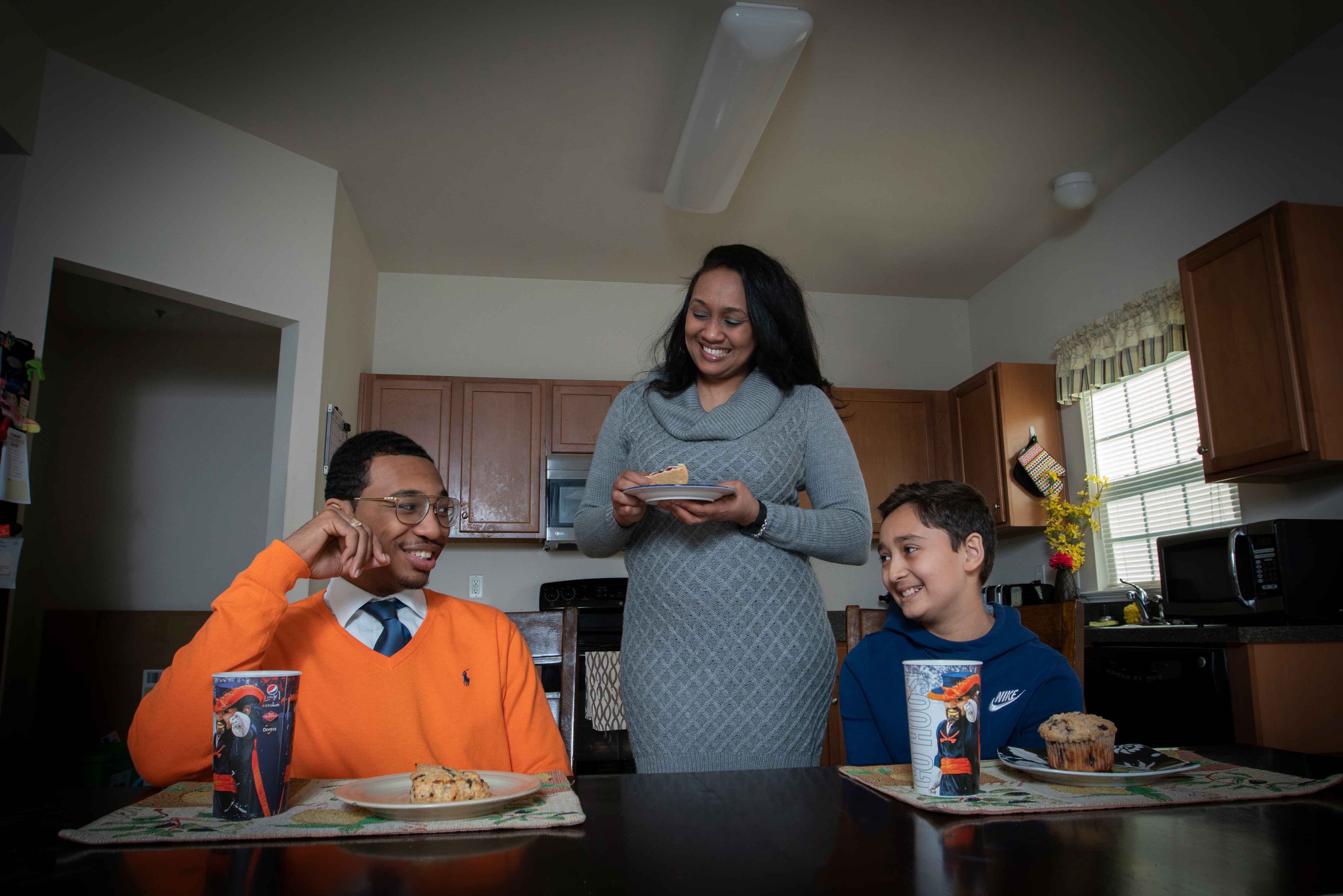 Third-year student Khalif Audain-El wasn't done with his final exams, but he had a trip home to Richmond planned for the long weekend break between tests. He was looking forward to eating good food and spending time with his mom and younger brother. “Even after all this time, I'm still a homebody,” he said. “Growing up, it was a village."

A self-described “math nerd” in high school, Audain-El challenged himself by taking community college classes alongside his high school workload. He knew he wanted to go to college but wasn’t sure where. “After visiting UVA I immediately knew this was the place for me. I liked the vibe here,” he remembered. “Maybe it was the weather!”

Audain-El enrolled in the School of Engineering and Applied Science, intending to study mechanical engineering. When that didn’t seem like the right fit, he explored computer science. Still uninspired, he realized he needed to shake things up. “I did well at math, but I didn’t love it. If I could give advice to my younger self, it’s that you don’t have to know your path,” he reflected.

Audain-El decided to look beyond STEM to find a subject that sparked his interest. He took classes in art history, religious studies, and psychology. The winner? Professor Claudrena Harold’s Introduction to African American Studies. Audain-El declared a double major in African American and African studies and politics and hasn’t looked back. He serves on the student council’s Diversity Engagement committee and is a member of the Black Student Alliance. He has plans to take the LSAT and start looking into law schools and scholarships—Howard University School of Law is at the top of his list. His goal is a career in politics with a focus on social justice. 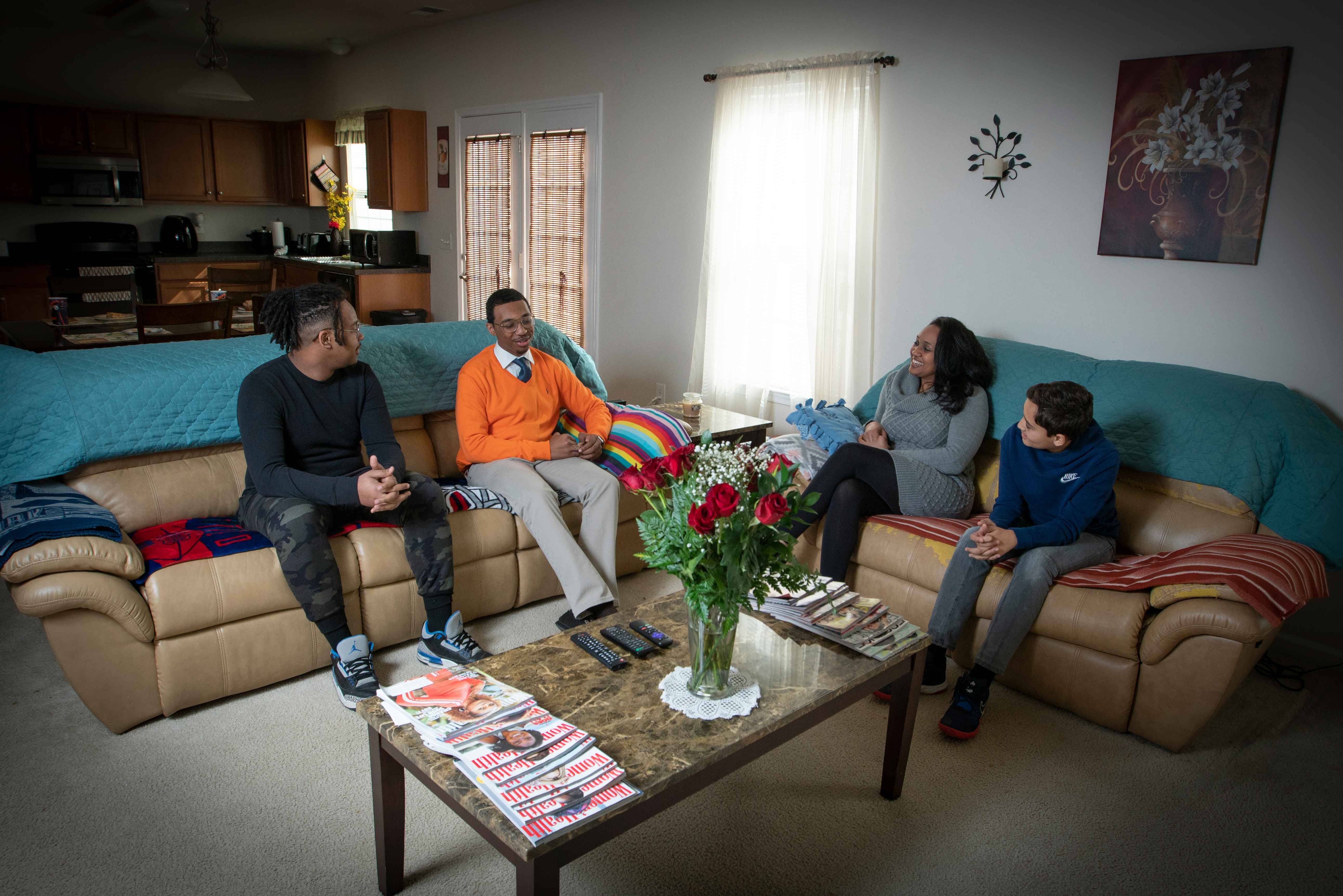 I want to be a voice that people can relate to. I want to be somebody that doesn’t forget where they came from after they become successful.

So it was especially meaningful to Audain-El when he received word that his financial aid was from the Lemuel E. and Sandra Wicks Lewis Bicentennial Scholars Fund for the College of Arts & Sciences. Sandra Wicks Lewis is one of the first African American women to graduate from the College of Arts & Sciences, and is also one of the Charlottesville 12, who integrated Venable Elementary School in Charlottesville in 1959. She and her husband Lemuel created the scholarship fund in 2018. “[Sandra Lewis] is very much part of the curriculum and history,” said Audain-El. “To see someone like her want to give back to the next generation is very awe-inspiring.”

While Audain-El’s academic path hasn’t been direct, he does plan on it taking him right back to the place that means so much to him: home. “I want to be a voice that people can relate to,” he said. “I want to be somebody that doesn’t forget where they came from after they become successful.” 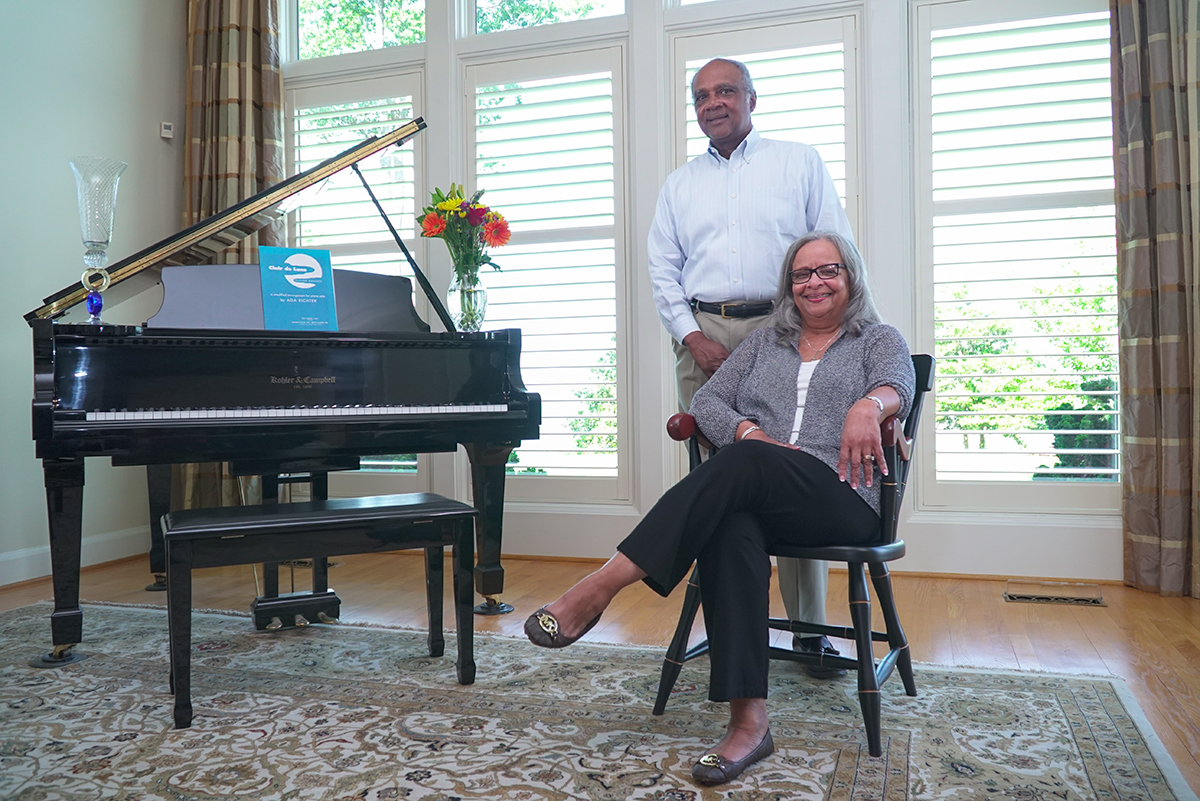 Sandra and Lemuel Lewis, creators of the Sandra Wicks Lewis Bicentennial Scholars Fund for the College of Arts & Sciences.

Audain-El was already home in Richmond when UVA announced that classes would take place virtually for the rest of the spring 2020 semester. He was complimentary of his online classes and the support he received from his professors. “My labor history professor, Claudrena Harold, sent us her lectures via YouTube so we could watch them when it was most convenient. She held weekly meetings for the class so that she could go over anything that was missed, clarify anything that wasn’t clearly presented in lecture, and to answer any questions we may have,” he said. “She is also my advisor, so whenever I need someone to speak to within the UVA community, she’s the first person I reach out to. She’s very insightful and has been a truly invaluable and indispensable resource during these trying and uncertain times."

Audain-El also commended his professors Sherri Moore (commercial law) and Anne Rotich (Swahili) for creating virtual learning experiences that felt as close as possible to an in-person classroom. "After each lecture, Professor Rotich would place us into breakout rooms so we could practice the language in small groups," he said.

The historic events beyond the pandemic have shaped Audain-El's summer. His original plans included studying for the LSAT, traveling to Washington, D.C., to tour Howard University, and a summer job or internship. “Instead, I've been signing petitions, making donations, and protesting as to why my life should matter,” he said. He joined a peaceful march in early June in eastern Henrico, an experience he described as “by far one of the best, but also worst, experiences of my life. I say it was one of the best experiences because I could feel the love and desire for change from each and every person marching that day. I call it one of the worst because of what we were marching for—something African Americans have been fighting for for over 200 years now: equality.”

As Confederate statues are removed on Richmond’s Monument Avenue, Audain-El said, “I am proud to see the changes that have been taking place in Richmond; however, there is still much more that needs to be done.” As he returns to his studies in the fall and pursues his goals of a law degree and a career in politics, there is no doubt Audain-El will contribute to bringing about that change.