Poets and presidents have called the Lawn home. But none have stood quite so tall or served so long or selflessly as the trees of the historic Jeffersonian Grounds.

For more than a hundred years, in quiet ways, the stately ashes, maples, and sycamores of the historic Grounds have delighted students and visitors alike. The trees’ exquisite seasonal displays bring inimitable character to UVA. Consider the golden spectacle of early autumn light on a yellow-leaved ginkgo, the joys of dappled summer shade under one of the Lawn’s gentle giants, or the appeal of a blossoming springtime dogwood.

In the presence of such vibrant beauty, it can be easy to forget that these venerable trees are a crucial living component of the University’s landscape and legacy. 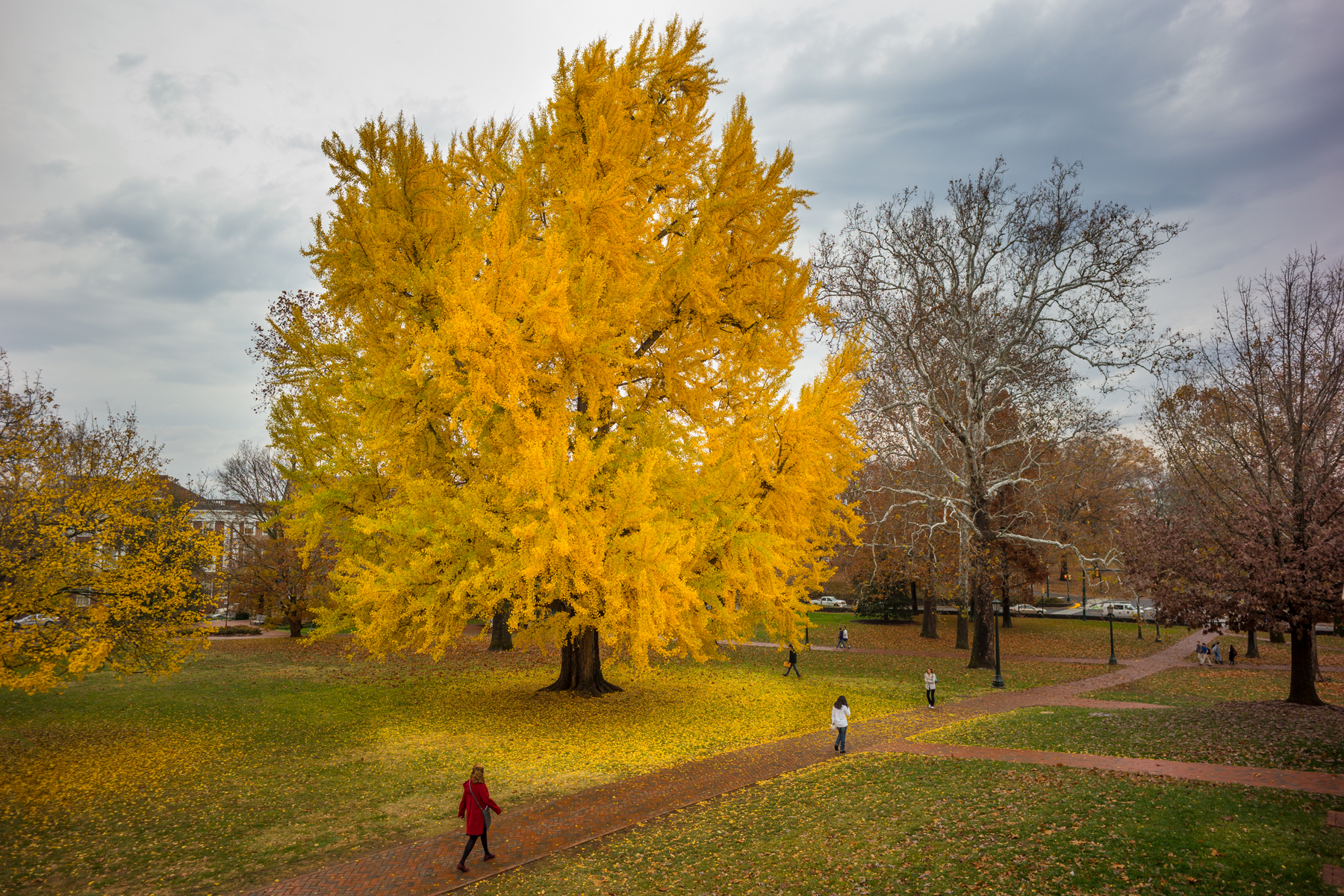 The Pratt Ginkgo, a ginkgo biloba tree on the northwest side of the Rotunda,

is beloved by the University community for its massive size and brilliant fall color. 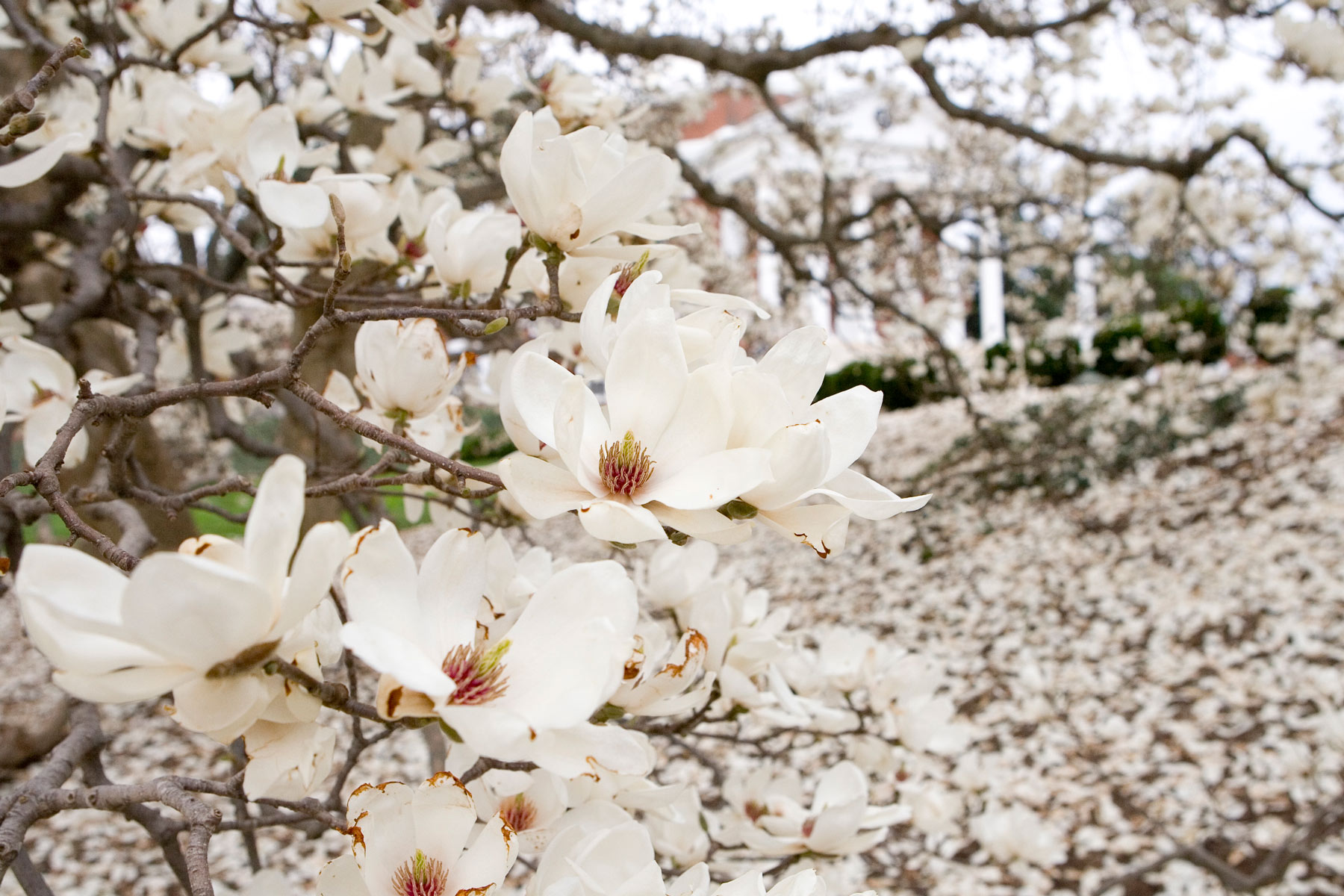 Natural history is typically told as a succession of change. The Jeffersonian Grounds are no exception.

“The image of UVA is of a tree-lined campus,” said Rich Hopkins, landscape superintendent. However, that image, although historical, has not been static.

Since the University’s founding, the arboreal landscape has undergone sweeping changes. Following the initial completion of the Academical Village, black locust trees were the first known trees to be planted on the Jeffersonian Grounds. In 1826, just one year after the University opened for classes, the McGuffey Ash was planted in the garden of Pavilion IX. A survivor of a lightning strike, the tree was named for William Holmes McGuffey, philosophy professor and author of “McGuffey’s Eclectic Readers.” Shortly after the Civil War, ash and maple trees were introduced to replace the black locusts—several of these original ashes and maples still adorn the Grounds.

These vibrant and stately trees are starting to succumb to disease, weather, and age. One concern is the emerald ash borer beetle. As its name implies, the beetle is a bane of ash trees and has killed millions of trees across the U.S. The beetles are now in Virginia and it’s only a matter of time until they reach the Grounds. In hopes of staving off an infestation and die-off, Hopkins and his team work year round caring for and inoculating UVA’s ash trees. 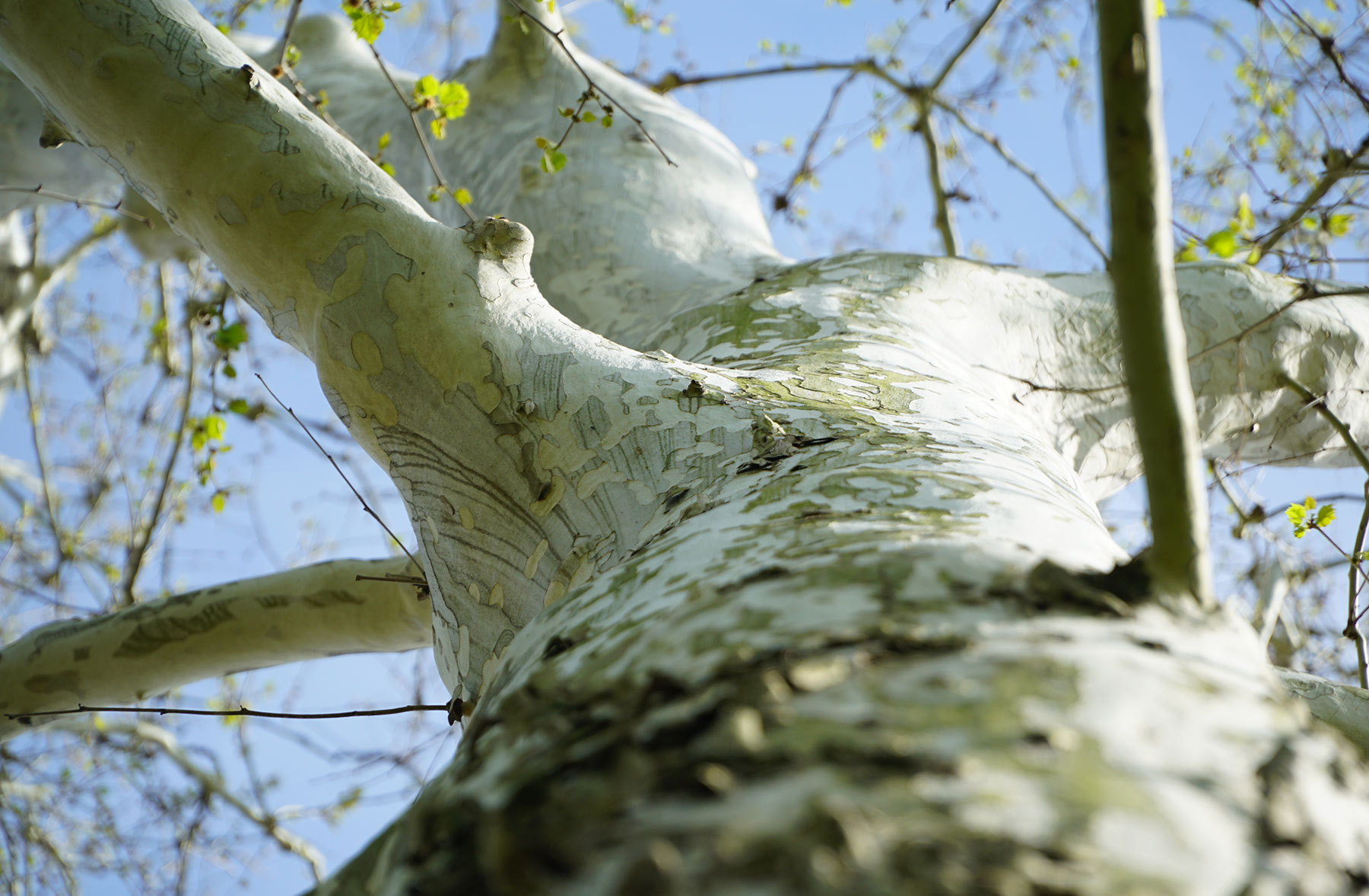 sycamores on the north side of the Rotunda. 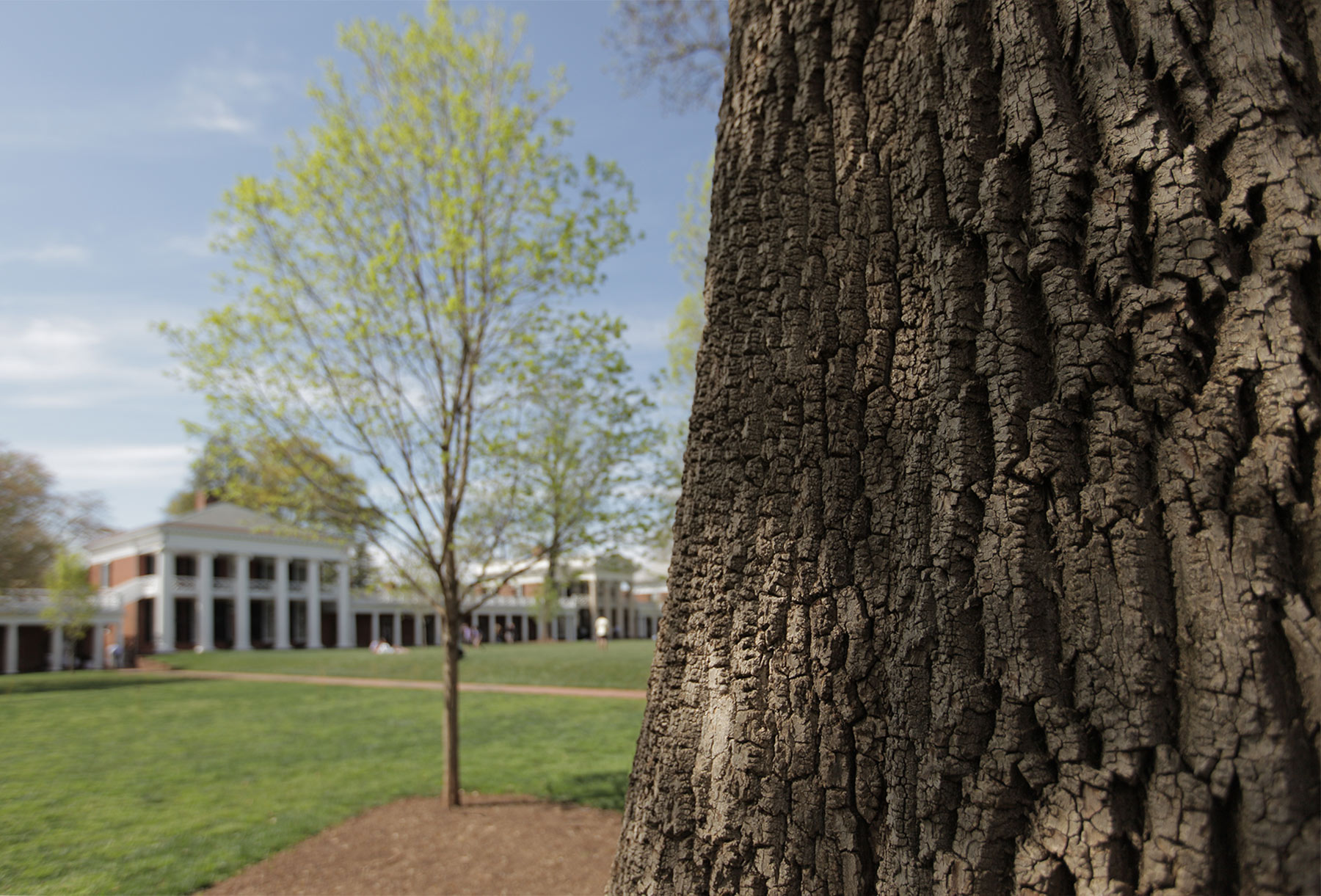 With new plantings, University arborists are careful to ensure that more

gentle giants grace the Lawn for generations to come.

With the life spans of many older trees winding down, UVA is looking to the future and creating a strategic plan to address maintaining trees. The plan will consider the possibility of replacing the mature ash trees in the future with a more robust species that will preserve the treasure of the Jeffersonian Grounds and the distinctive character of the University.

The successional turnover of trees presents the University with challenges as well as opportunities. Thanks to a generous gift from Fair Play Foundation, Hopkins and his team will be able to plan—and plant—for the future. The gift, made in honor of Blaine T. Phillips (Col ’52, Law ’55), will supply much-needed funds specifically for the care and maintenance of trees on the Jeffersonian Grounds.

Phillips and Fair Play Foundation have a longstanding commitment to the University of Virginia. In addition to decades of generous support for the Lawn’s historic preservation, Fair Play Foundation joined the U200 to support the renovation of the Rotunda. Phillips also created the Blaine T. Phillips Distinguished Professorship in Environmental Law at the School of Law. A longtime advocate for conservation and historic preservation, Phillips has worked with the Chesapeake Bay Foundation, Wild Earth Allies, and the Thomas Jefferson Foundation.

A love of nature and historic preservation has always been important to our family. We are thrilled to bring these two philanthropic interests together through this gift, which will help steward the wonderful trees of the Jeffersonian Grounds for future generations to enjoy.
—Blaine Phillips Jr. (Col ’86), a trustee of the Fair Play Foundation and son of the honoree

UVA Landscape Architect Mary Hughes said, “This gift reflects the important role that trees play in shaping the character of the historic Grounds. And we are tremendously grateful for the flexibility it will allow us to better care for these trees and plan for the future with confidence.”

Beyond mere preservation, the gift will allow UVA to carry forward—and build upon—the legacy of the historic Jeffersonian Grounds, toward a more verdant third century.