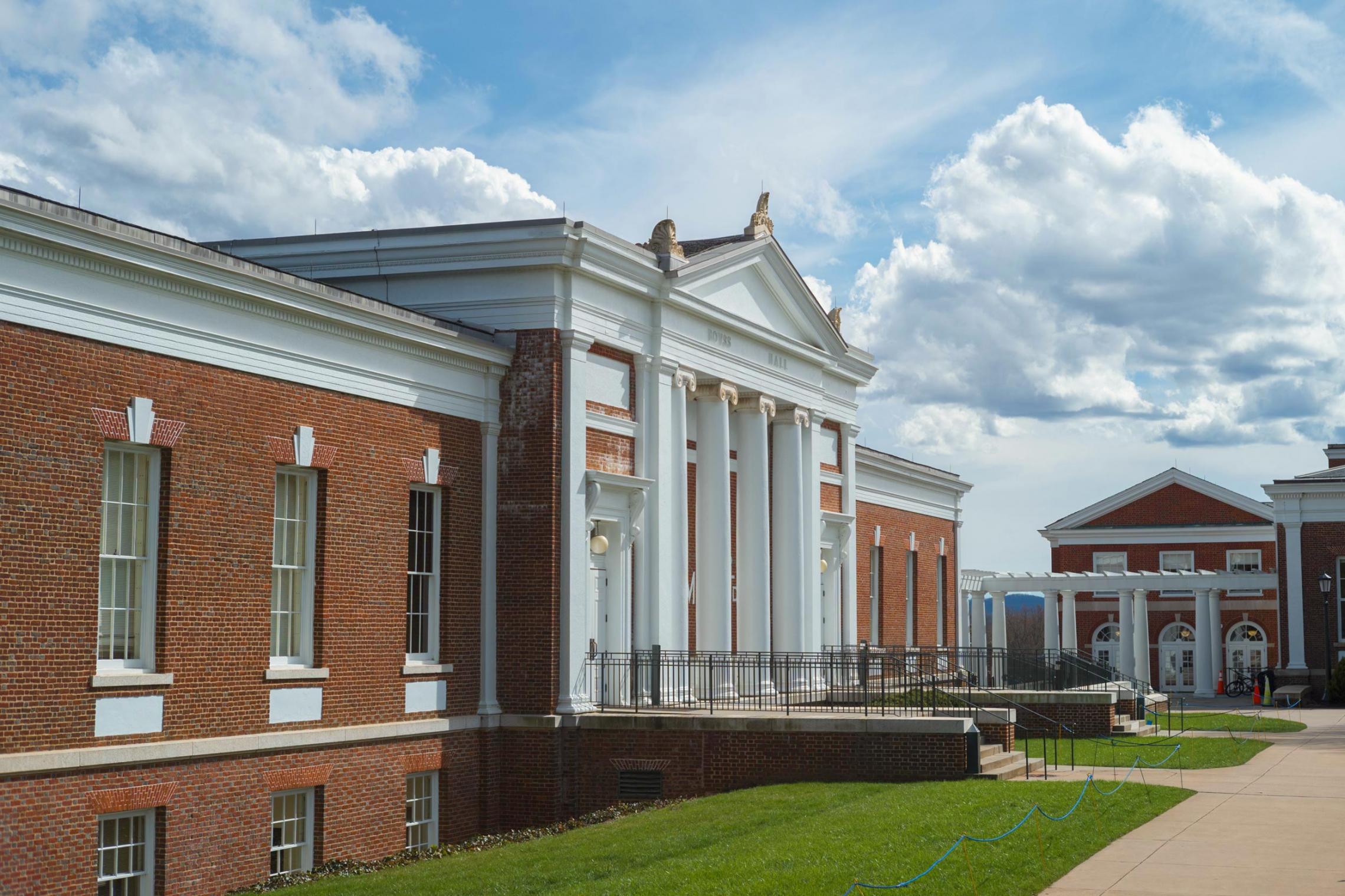 University of Virginia Board of Visitors member and alumnus John A. Griffin has pledged $6 million to endow the deanship of UVA’s McIntire School of Commerce.

Together with $4 million in matching funds from the University’s Bicentennial Professors Fund, the $10 million endowment, approved Thursday by the Board of Visitors, will establish the John A. Griffin Dean’s Chair to support the salary and activities of McIntire’s dean. 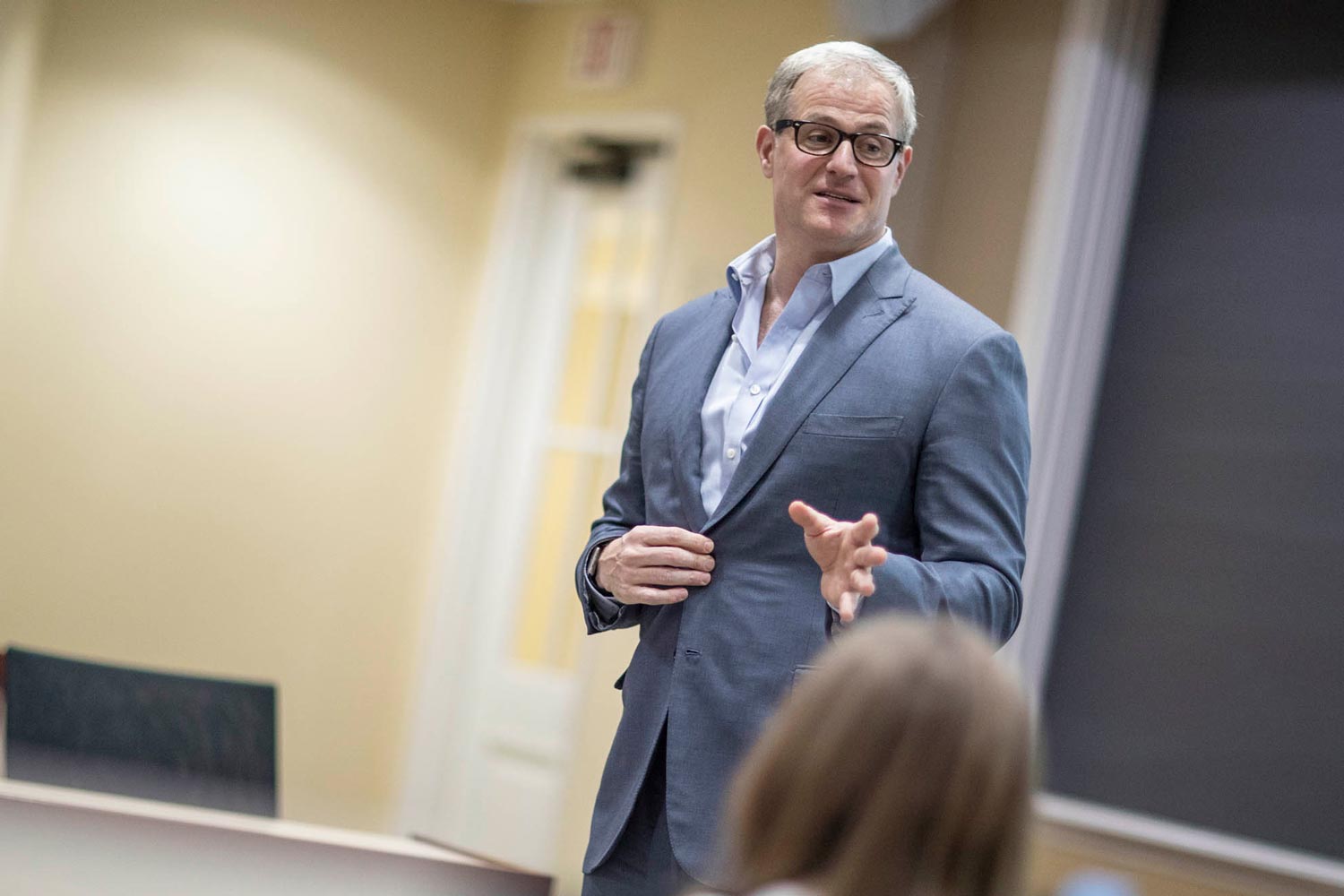 Griffin’s gift honors the leadership of current McIntire Dean Carl Zeithaml, who will step down from the position at the end of this academic year after more than two decades of service. (Read more about Zeithaml’s legacy.)

“I am thrilled to support McIntire and honor Carl Zeithaml at the same time,” Griffin said. “Carl’s accomplishments over the last 23 years are without peer. His vision and leadership brought the McIntire School to the very top of all business education. This endowed chair pays tribute to that achievement and will help support the next dean as McIntire goes from strength to strength.” 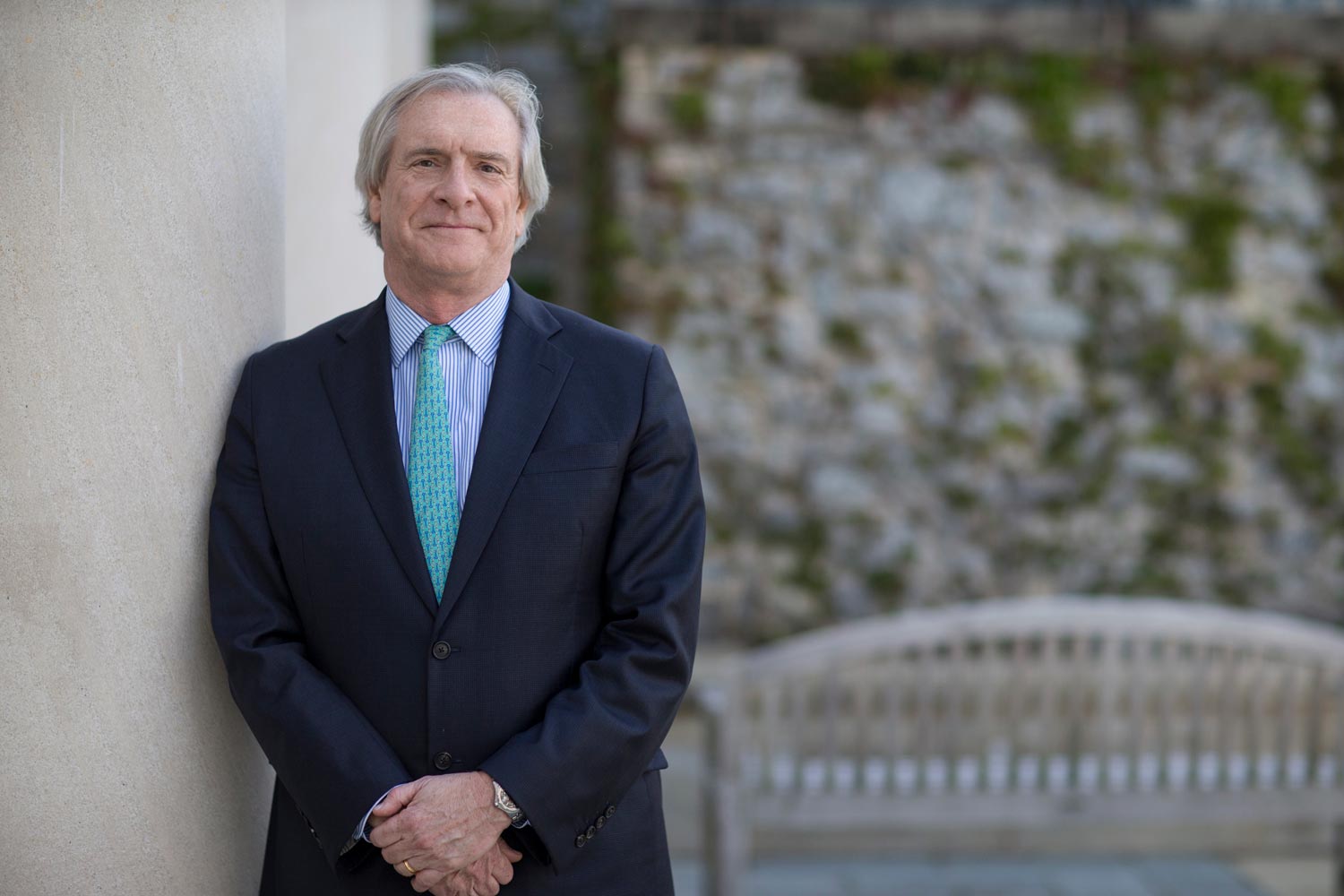 McIntire Dean Carl Zeithaml will step down at the end of this academic year after more than two decades of leadership at the school. (Photo by Dan Addison, University Communications)

“Through the establishment of this Dean’s Chair, John is helping to ensure that the University will attract a world-class academic leader to take the McIntire School into its very exciting second century,” Zeithaml said. “I have been truly honored and inspired to work with John and the entire McIntire community, and I know that they will work together to achieve continued preeminence in business education.

“John’s consistent leadership, exceptional generosity and unwavering dedication to McIntire are deeply valued and critical to our success and our culture, now and in the future.”

“Being the wise investor that he is, you will notice a thread through his investments. He invests, first and foremost, in people,” Ryan said, noting the Blue Ridge Scholars program and Griffin’s support of Zeithaml and of Ryan himself as a new president.

“John realized what a challenge [replacing Zeithaml] is going to be, and that creating this chair for the deanship offers our best chance of securing someone who will continue the path that Carl has laid for McIntire.”

The endowment is also part of a larger effort using the Bicentennial Professors Fund to increase funding for faculty support across the University and attract and retain the best and brightest faculty members in every discipline.

Established in 2018 with private donations and matching funds from UVA’s Strategic Investment Fund, the Bicentennial Professors Fund reached $100 million in earmarked endowments in its first year. In January, the board allocated an additional $75 million in matching funds. Eventually, the fund is expected to support nearly 150 endowed professorships.

“This transformative gift from John Griffin will allow us to recruit a dean who lives up to Carl’s legacy of creativity and innovation. I cannot over-emphasize the significance of hiring the best possible academic leaders for the University, and John’s gift helps us do that.”
Executive Vice President and Provost Liz Magill

“My deepest admiration goes to Carl for his outstanding leadership of the McIntire School and his dedication to the University,” Executive Vice President and Provost Liz Magill said. “This transformative gift from John Griffin will allow us to recruit a dean who lives up to Carl’s legacy of creativity and innovation. I cannot over-emphasize the significance of hiring the best possible academic leaders for the University, and John’s gift helps us do that.”

Griffin has been a longtime supporter of both the University and the McIntire School, with consistent efforts to increase affordability and access for students with need, assist faculty members and enhance the student experience.

In 2014, he used a $4 million challenge grant to establish the Blue Ridge Scholars program, which provides scholarships to admitted students with significant financial need and reduces the amount of loans in financial aid packages. The first full class of Blue Ridge Scholars walked the Lawn in May; to date more than 250 students have benefited from the program.

At McIntire, Griffin founded the school’s Center for Investors and Financial Markets, which supports faculty research, curriculum innovation and scholarship on those topics. He has also served as a visiting professor for over 20 years, teaching classes that focus on the hands-on application of finance and investment principles. In the spring, his “Deciding Wisely and Thinking Critically” seminar included guest visits from investors, professors, a former CIA chief of staff, a professional poker player and UVA coaches Bronco Mendenhall and Tony Bennett, all talking about their decision-making processes.

In addition, Griffin created the student-run McIntire Investment Institute with a $100,000 gift in 1994, challenging students to take that initial capital and grow it with hands-on investing. Students research and pitch companies, purchase and sell stocks and carefully manage the fund’s investments.

Now one of the most popular student groups at McIntire, the institute reached $1 million in assets in February, a tangible representation of how much growth Griffin’s initial gift fueled. As a gesture of thanks, the students used $500,000 from their investments to create the John A. Griffin Faculty Fellowship in Finance.

In 1999, he founded iMentor.org, a nonprofit online mentoring organization that fostered over 30,000 relationships, and the following year started the Blue Ridge Foundation, which originally funded start-up nonprofits and is now Blue Ridge Labs at Robin Hood.