I think the single most important way that Clark Scholars helped me was with the transition from high school to college. Coming into college with new friends that I'd already made was definitely very helpful.

The Clark Construction Group has built hundreds of prominent commercial and government buildings in Washington, D.C., but founder A. James Clark (1927-2015) is just as well known for the culture of trust he created in his company and the ways he gave back to the community. Clark and his wife created the A. James & Alice B. Clark Foundation with a mission to expand opportunities for those who demonstrate the drive and determination to better themselves and their communities. 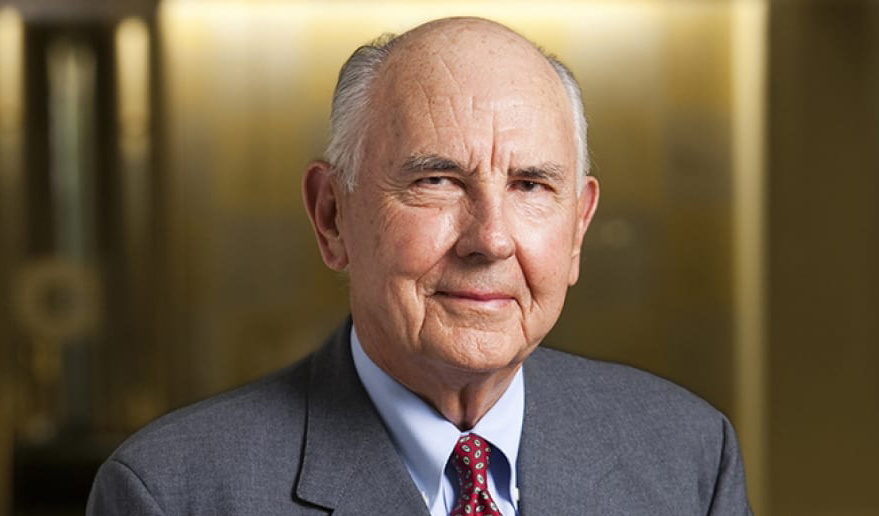 It’s what you do with your money when you get it, that’s a very important part of being successful.

It’s what you do with your money when you get it, that’s a very important part of being successful.

The A. James Clark Scholars Program is the signature academic program of the A. James & Alice B. Clark Foundation. There are Clark Scholar Programs at 11 of the top U.S. engineering schools, including the University of Virginia's School of Engineering and Applied Science. At UVA, a Clark Scholars faculty director and program director provide mentoring and support. The program brings together high-achieving students who have financial need and supplements their engineering education with a summer residential experience before their first year, study abroad, a certification in business fundamentals, and a service capstone project. The pillars of the Clark Scholars Program are defined as global engagement, business acumen, leadership development, and service collaboration. The program also provides professional development support that opens doors to internships and research experiences.

Josh Sahaya Arul was the first Clark Scholar to graduate from UVA when he received his degree in May. He is now working at Capital One. 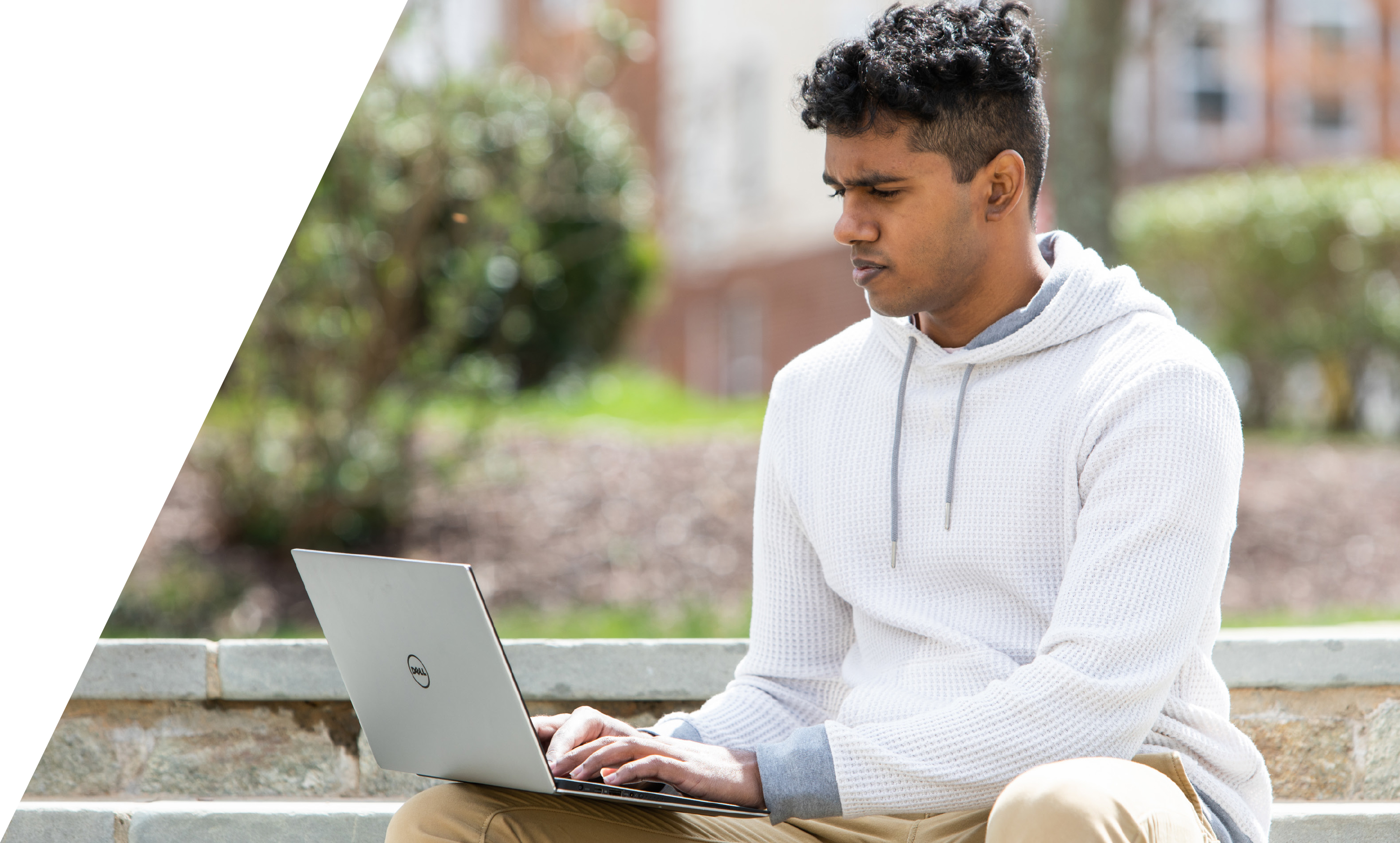 Josh Sahaya Arul was the first Clark Scholar to graduate from UVA when he received his degree in May. He is now working at Capital One.

The first cohort of Clark Scholars at UVA—including Stephanie Gernentz, Joshua Sahaya Arul, and Rachel Zhang—were first-year students in 2018. Gernentz is majoring in chemical engineering and environmental science, Zhang is double majoring in computer science and statistics with a minor in environmental science, and Sahaya Arul majored in computer science with a minor in applied math. Gernentz, Sahaya Arul, and Zhang made up the program's first Leadership Council, a liaison between Clark Scholars and program administrators. During their 2018-19 term, they were able to advocate to have more courses added to the UVA in Valencia study abroad program.

Devin Harris, associate professor of civil and environmental engineering, is the Clark Scholars faculty director, and Jessica Harris serves as program director. “Our scholars have had the opportunity to put their leaderships skills to use right away, especially those from the first cohort, where the program was being shaped around them,” said Devin Harris. “Scholars from our first three cohorts have had the opportunity to contribute ideas to the structure of the program and establish the role that Leadership Council plays in its implementation.”

“My first year, Professor Harris was there for me a ton. I love just going to his office and talking about anything and everything. He’s very approachable,” said Gernentz. “There are only 14 of us [Clark Scholars], so it is easy to connect with him and the program directors [Danielle Dyer in 2018-19, and Jessica Harris currently]. I can go to them whenever I have a problem academically or otherwise.” Zhang agreed. “Professor Harris has written recommendations for me for scholarships to attend conferences. Now I’m thinking of applying to grad school and he has pledged to support me in any way he can.”

Clark Scholars Rachel Zhang and Stephanie Gernetz collaborated on a research project that used modeling and digital analysis to identify locations where deforestation was negatively impacting the environment.

The program invites experts to conduct seminars with the Clark Scholars. “The professional development seminar with Capital One really stood out to me,” said Gernentz. “The representatives told us specifically how their company hires, but also generally what companies look for in candidates and in a resume.” Sahaya Arul remembers a presentation by financial executive Vince Toye. “He talked about his own life—being raised by a single mother and having siblings. He always wanted to do what interested him but also what was in the interest of his family, and he shared his philosophy in terms of making life decisions. It was nice to hear from someone who had made those kinds of decisions before. I found it really relevant personally.”

The first cohort's arrangements to study abroad were disrupted by the pandemic. Sahaya Arul was taking classes at the American College of Greece and had to return to Virginia early; he was able to complete the courses remotely. Gernentz and Zhang's plans to conduct environmental research in the Bahamas were cancelled, but they are both making arrangements for study abroad during their fourth year. Gernentz will take a J-Term class in Guatemala, and Zhang will travel to join an archeological excavation.

Hear intimate conversations from Clark Scholars discussing their connections and experiences going through this program.

The scholars have found ways to apply their knowledge outside the classroom. As an intern for the Environmental Defense Fund in San Francisco, Zhang created an iPhone app to recognize fish species through photographs uploaded to a map. “The goal was to be able to deploy the app in coastal communities and track how these species' ranges change over time,” she explained. “Users do not need to know what a fish is called in English to submit data.” That same summer, Sahaya Arul interned at CARFAX, and in 2020 he completed an internship with Capital One.

Between their second and third years Zhang and Gernentz collaborated on a research project under the direction of environmental sciences professor Deborah Lawrence. They used modeling and digital analysis to determine the best spots in the world to put forests, and the spots where deforestation was having negative impacts on the environment.

The Clark Scholars complete a certain number of community service hours each year, and the 2021-22 Leadership Council is working on defining the capstone community service project. The program has established a partnership with Piedmont Housing Alliance, a nonprofit that provides affordable housing in Charlottesville and the surrounding counties, and the Leadership Council is determining how the students can best use their talents to serve the organization.

What continues to strike me as amazing is the abilities of our scholars to recognize the value proposition of the Clark Scholars Program and the opportunities that come with it—opportunities that are not afforded to everyone.
— Professor Devin Harris, director of the clark scholars program

Though the students have now had three years of enrichment as Clark Scholars, Gernentz, Sahaya Arul, and Zhang all cite the introductory summer program as the most transformative element of the program. “The summer program was my favorite part of Clark so far,” said Gernentz. “We took two classes, which helped everyone in the cohort get ahead a little. And it really helped familiarize us with Grounds. We were able to find all of the good study spots and the little secrets of the University that you normally wouldn’t find out until the first month in.”

“I think the single most important way that Clark Scholars helped me was with the transition from high school to college,” said Zhang. “Coming into college with new friends that I'd already made was definitely very helpful.” Zhang and Gernentz share an apartment with a third scholar from their cohort, Nazirah Farach Rojo. “The summer program was really great,” said Sahaya Arul. “I got to know a lot of other scholars in a way that I don't think I would have if we had just started the program at the same time as the school year.” The second and third cohorts have the added advantage of mentorship from scholars in the classes above them. The program pairs each new student with a mentor. Zhang is a mentor to second-year student Cameron Williams. “I feel like it's been helpful for her. When she first came to college, I was able to get her started on a four-year plan. In the next few weeks or months, I'll be helping her find an internship.” Gernentz was a summer program resident advisor for the second cohort of Clark Scholars, and has two mentees in that class. “Their first year, I was able to give them advice on the general engineering courses, advice on tutors, and just tell them what to expect in their classes,” she said.

“We believe in the power of hard work” describes the values of the A. James & Alice B. Clark Foundation. The Clark Scholars share those values and are working toward their career goals and completing their UVA educations. Gernentz and Zhang are both considering furthering their business education after graduation. Gernentz is exploring job options where she can apply her chemical engineering and environmental science degrees, and Zhang’s ultimate goal is a career in computational archaeology. Sahaya Arul graduated early and took a job at Capital One in June. “What continues to strike me as amazing is the abilities of our scholars to recognize the value proposition of the Clark Scholars Program and the opportunities that come with it—opportunities that are not afforded to everyone,” said Devin Harris.

Jim Clark knew that providing talented, ambitious students with a well-constructed program to support them would create the next generation of leaders in engineering and business. Gernentz, Sahaya Arul, Zhang, and the other Clark Scholars are the realization of his vision.