The largest donation in University of Virginia School of Engineering history began with a chance encounter more than half a century ago.

Greg Olsen had just earned his bachelor’s and master’s degrees in physics at a New Jersey university in 1968, when he met then-UVA Engineering Associate Dean Avery Catlin at a conference. Catlin convinced Olsen to visit Charlottesville and pursue a Ph.D. in UVA’s Department of Materials Science and Engineering.

Olsen’s first footsteps on Grounds launched an extraordinary career, with two multimillion-dollar businesses, an orbit around Earth on the International Space Station and decades of support for the University he loves like family.

UVA Engineering Dean Craig H. Benson announced Friday that Olsen has pledged $25 million to recruit and retain star engineering faculty, attract outstanding Ph.D. students and provide the dean of engineering and the chair of the Department of Materials Science and Engineering with additional funding to support strategic initiatives. The total impact of Olsen’s gift will be $36.5 million when combined with $11.5 million in matching funds from UVA’s Bicentennial Scholars Fund and Bicentennial Professors Fund. 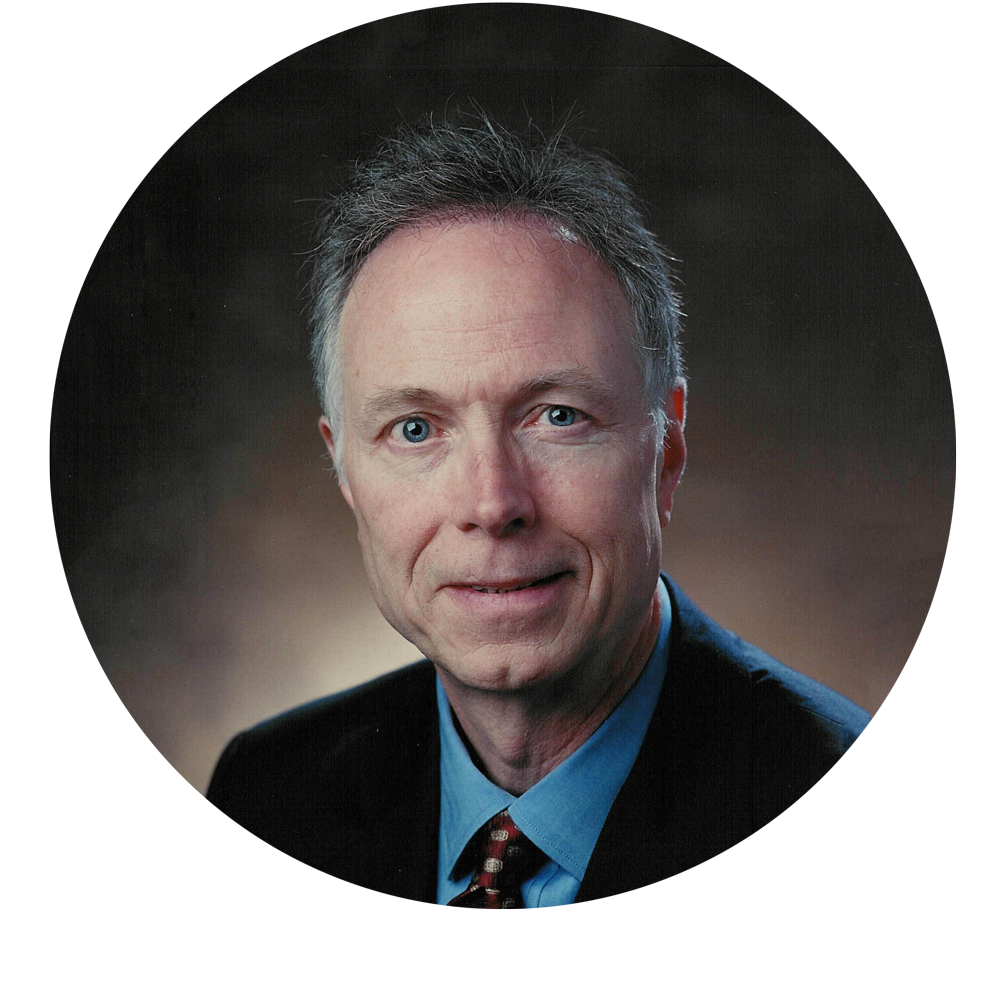 The School of Engineering has been building momentum for years now, and this gift will help them take another giant leap
- Jim Ryan

“As a world-class researcher himself, Greg Olsen exemplifies the power of engineering to make the world a better place,” Benson said. “With his generous, future-focused investment, Greg is ensuring that UVA Engineering’s capacity to attract outstanding scholars and produce future engineering leaders is very strong for generations to come.”

Olsen’s historic gift follows the University’s public launch of Honor the Future, a $5 billion fundraising campaign. UVA Engineering launched its portion of the campaign on Oct. 11 with a goal of raising $250 million.

“The School of Engineering has been building momentum for years now, and this gift will help them take another giant leap,” said UVA president Jim Ryan. “I am grateful to Greg Olsen for his generosity, and for his belief that the best way to pay back a life-changing experience is to give a new generation of students the same opportunity.”

Olsen’s gift comes at an important time for UVA Engineering, when the school’s sponsored research program has grown by 75% since fiscal year 2016, driven in part by a 30% increase in the number of faculty and a 64% increase in Ph.D. students since 2014. The Department of Materials Science and Engineering has added 12 faculty members since 2016.

“Greg is a great advocate and a tremendous external adviser for UVA, the Engineering School and the Department of Materials Science and Engineering,” Scully said. “He understands that to have an excellent department, you must have excellent faculty, outstanding students and superb facilities and capabilities. In this regard, he is helping us earn the equivalent of a triple crown.”

“Ph.D. students are enablers at universities,” he said. “They enable research, develop novel ideas and generate new science. They are also lab instructors and role models for undergraduate students. Greg’s commitment to helping us grow our Ph.D. program will have an enduring impact.”

Olsen is dedicating his gift to his own former Ph.D. adviser, materials science and engineering professor emeritus William A. Jesser. Olsen was Jesser’s first doctoral student back in 1968, and Jesser went on to chair the department for 12 years.

“He had just joined UVA, and we hit it off,” Olsen said. “He was very easy-going and open, but very hard-working, building up his lab and establishing his position in the Department of Materials Science and Engineering. Anyone who worked with Bill Jesser worked pretty hard.

“He gave me confidence in myself because he helped me with my Ph.D. thesis. And when I was finished, I felt I had really accomplished something, and I could go out into the world and be a professor or researcher. I have an incredible amount of gratitude toward him.”

Jesser said he is extremely honored by and appreciative of Olsen’s recognition. “Greg is just that kind of person. He feels good about doing good.” 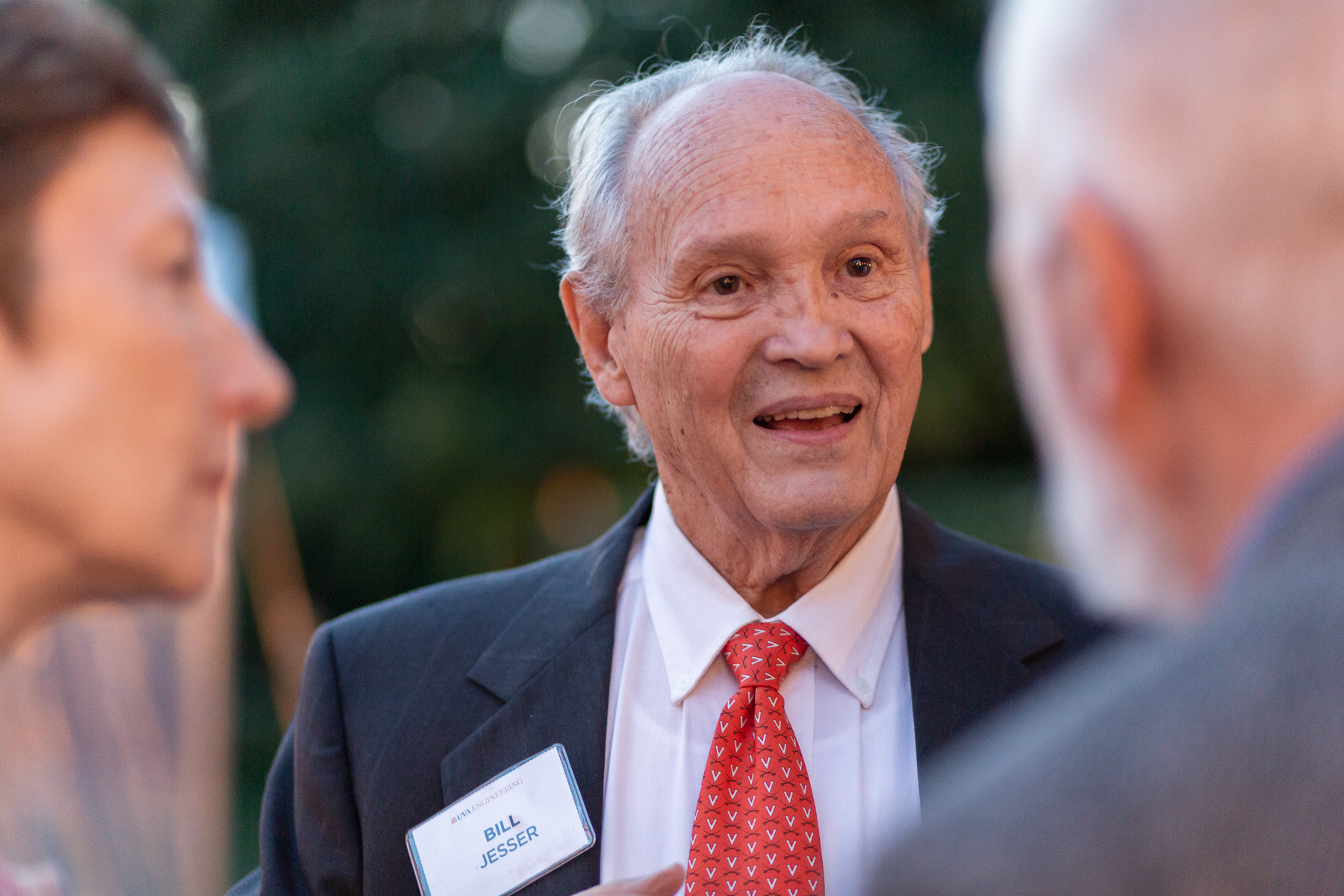 Jesser said he and Olsen connected in part because they had similar, humble backgrounds. Olsen was born in Brooklyn, New York, his father an electrician and his mother a schoolteacher. Jesser was raised in small-town Waynesboro. “We have similar notions about life,” Jesser said. Jesser treated Olsen and all of his students like his own children.

“I taught them to look at everything that was going on around them, and pay attention to everything,” Jesser said. “My philosophy was that you shouldn’t hold a student back by your own limitations. Let them do better than you, if they can.”

Olsen has a knack for succeeding, Jesser said. “He has a gift for knowing the right things to do, the right questions to ask.”

Working with Jesser, Olsen solidified his skills in engineering physics, metallurgy, quantum mechanics and mathematics – skills he has used throughout a successful career.

After earning his Ph.D. at UVA in 1971 and completing a post-doctoral research assignment in South Africa, Olsen went to work as a research scientist for RCA Laboratories’ David Sarnoff Research Center, advancing the understanding of how atoms moved in semi-conductors and LEDs.

In 1984, Olsen co-founded EPITAXX, a manufacturer of fiber-optic detectors, which are like tiny solar cells that turn light into electrical signals; Olsen made the detectors less expensive to produce, and now anyone who has fiber-optic cable, internet or phone service at home is probably benefitting from EPITAXX’s technologies. The company sold for $12 million in 1990.

In 1992, Olsen co-founded Sensors Unlimited, a near-infrared camera manufacturer that enabled technologies such as night vision and cameras that can detect the difference between ice and water on aircraft wings. That company initially sold for $600 million in 2000.

In October 2005, Olsen became the third private citizen to orbit the Earth during a trip to the International Space Station; Jesser and another of Olsen’s faculty mentors, the late Doris Kuhlmann-Wilsdorf, attended Olsen’s space launch.

All told, Olsen has been awarded 12 patents and has written more than 100 research papers. He is a fellow of the Institute of Electrical and Electronics Engineers and was elected to the National Academy of Engineering – the profession’s highest honor – in 2010.

During his career, he has remained close to Jesser, to the Department of Materials Science and Engineering and to the University as part of the UVA Alumni Association.

Through his current company, GHO Ventures, Olsen invests in entrepreneurial ventures and still owns a winery he bought in South Africa when he was there for his post-doctoral research job. When an entrepreneur approaches Olsen for funding, Jesser said, “He goes with his gut. He listens to them, gets a sense of their passion, and when he gets a good feeling, he’ll invest.”

In 2000, Olsen made what was then the largest-ever gift to the Engineering School – $15 million toward the construction of Wilsdorf Hall, named for two of his other esteemed professors, Kuhlmann-Wilsdorf and her late husband Heinz Wilsdorf. Wilsdorf Hall is home to the Department of Materials Science and Engineering and houses labs from other engineering departments.

Olsen is a member of the advisory board for the Materials Science and Engineering Department, and has served on the Engineering School’s Board of Trustees. He speaks often to students about business and entrepreneurship.

“Greg is a role model for alumni engagement,” said Niles Eggleston, UVA Engineering’s associate dean for advancement. “He gives the gifts of his time, talents and treasure, and it is an inspiration to all of us.”

Olsen’s view is that, in an era when technological advancements require high-performance materials to be developed at an ever-increasing pace, UVA has a very important contribution to make.

“UVA is my family,” Olsen said. “That’s where I come from, so I just feel closely associated with it, and want the University, the Engineering School and the Department of Materials Science and Engineering to continue to do well.”