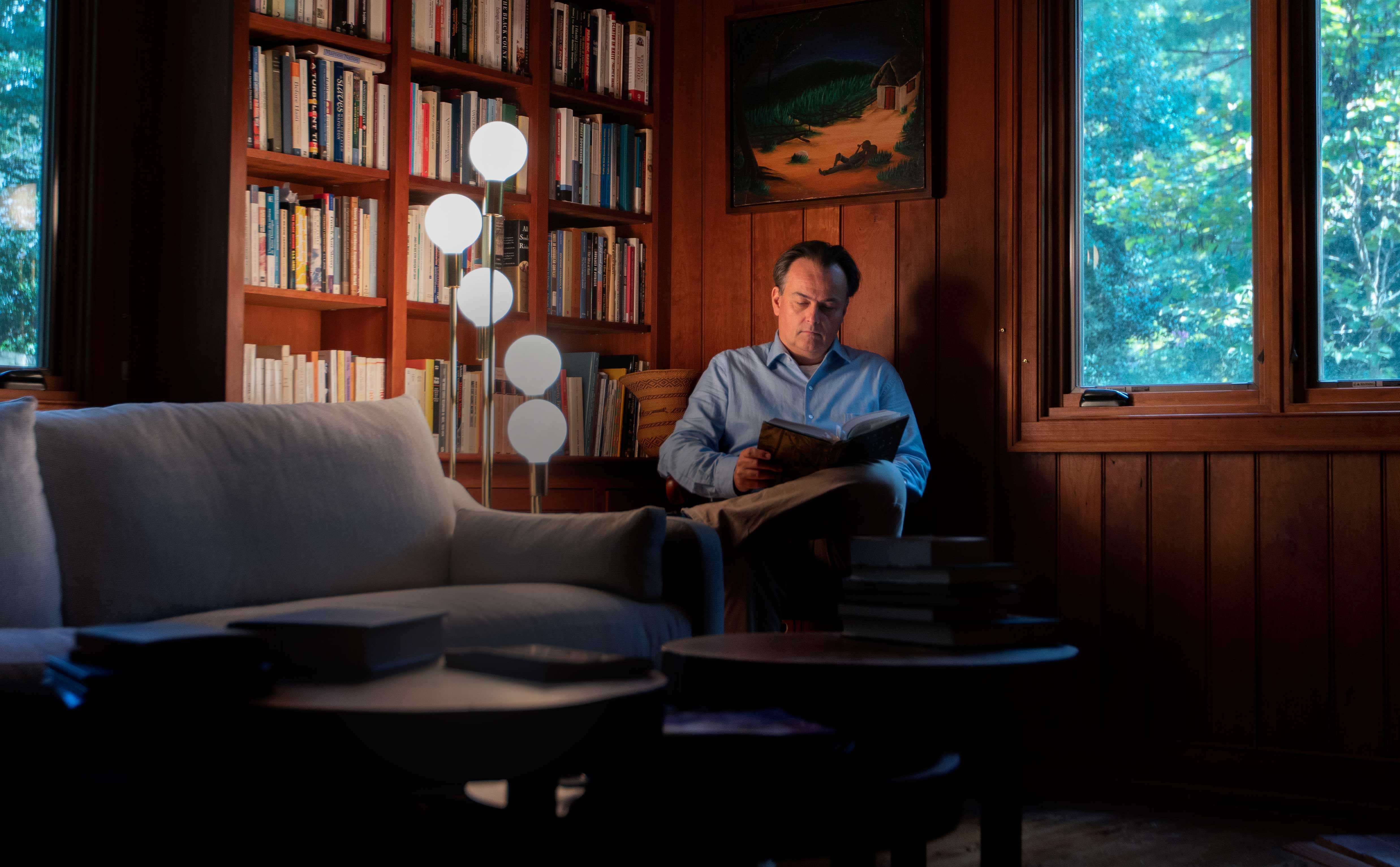 Over the last several years, the world has reminded us that democracy is both volatile and complex—a living ideal sustained through the will of passionate citizens and leaders who are committed to serving the common good.

It’s made for a turbulent ride, but it’s a ride that we in the U.S. have been on for nearly two-and-a-half centuries. And at the University of Virginia, where the history of American democracy is linked inextricably to our institution’s founding, it’s one we’re used to navigating.

In 2018, UVA established the Democracy Initiative, which seeks to engage a wide audience—from undergraduate students, to faculty, to world leaders—in examining the challenges facing democracies today. Through research, teaching, and public engagement, the initiative is helping to advance the prospect of democracy worldwide.

Key to its success is Laurent Dubois, the newly appointed John L. Nau III Bicentennial Professor of the History & Principles of Democracy and the initiative's director for academic affairs. A recent recruit from Duke University, Dubois has spent his career cultivating a unique perspective on democracy through study of the Atlantic World—particularly Haiti, North America, and France.

“I grew up in a French-speaking household,” Dubois said. “In college, I became interested in reading about the history and culture of Haiti. The more I read, the more I realized that the story of that country represented the history of the entire world, with elements like slavery, immigration, indigenous people, and the fight for independence.”

Part of what we’re trying to do is train the next generation of citizen leaders to be comfortable discussing their ideas about democracy.

Mr. Nau is someone who obviously understands the need for cultivating a longer, deeper perspective on democracy. To have support for that vision is really exciting, and I’m immensely grateful for the opportunity.

Dubois’ interest led him to complete a dissertation on the emergence of democratic ideals in the wake of the Haitian Revolution during the late 18th century. The period has continued to frame his scholarship and teaching, serving as a lens through which he examines the modern world.

As professor and director for academic affairs of the Democracy Initiative, Dubois is looking forward to generating a set of meaningful conversations with students, faculty, scholars, and practitioners both in and outside of the academy to address the big questions surrounding democracy. He’s also eager to stimulate discussion as director and lead research convener of the John L. Nau III History & Principles of Democracy Lab, the initiative’s intellectual nucleus, where core conceptual questions about democracy will be researched and debated.

“Part of what we’re trying to do is train the next generation of citizen leaders to be comfortable discussing their ideas about democracy,” Dubois said. “We want them to go into the world with as much knowledge and awareness of the past as they can, ready to continue the conversation.”

Events in Haiti during summer 2021 gained global attention, and Dubois provided his perspective on the situation, noting the importance of historical context.

“It’s obviously very unfortunate,” he said. “I’m always trying to emphasize a greater understanding—of the history, the underlying structures—and a greater engagement. I guess it’s a bit ‘classically historian,’ but I’m always saying, ‘Let's step back for a moment and look at the bigger picture, try to understand why.’”

He’s encouraged by the recent uptick in students, academics, and journalists contributing their research to the public sphere. “They’re doing it as scholars, but also because they’re interested in contributing to a better future.”

Dubois is quick to credit John Nau (Col ’68) for his vision in endowing both a professorship and lab directorship, noting Nau’s clear commitment to advancing democratic ideals.

“Mr. Nau is someone who obviously understands the need for cultivating a longer, deeper perspective on democracy,” Dubois said. “To have support for that vision is really exciting, and I’m immensely grateful for the opportunity.”

And what of the notion that the current national political climate, as well as recent events at home and abroad, somehow spell irreversible doom for society?

“Democracy is always in some state of crisis,” Dubois said. “People say that things are different now, that the discourse has broken down. But reading the pamphlets from the French Revolution, there’s no shortage of people calling each other names. Ultimately, it’s those living it from day to day who hold things together.”