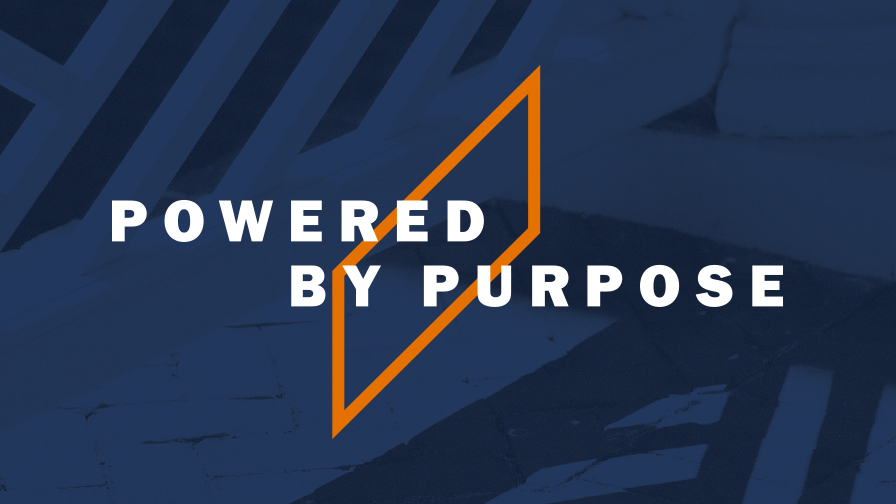 Posted on Darden School of Business | By Julie Daum

The University of Virginia Darden School of Business on 12 October publicly launched a fundraising campaign called Powered by Purpose to raise $400 million by June 2025.

The School also announced that it has already raised more than $236 million in gifts and pledges toward the goal as part of the campaign’s quiet phase, which began in July 2013 following the completion of Darden’s previous campaign. The Powered by Purpose campaign and fundraising goal supports the University of Virginia’s $5 billion Honor the Future campaign announced on Saturday, 12 October.

The Powered by Purpose campaign kickoff took place on the Darden Grounds with hundreds of alumni, students, faculty, staff and friends participating in a daylong series of events capped by a campaign gala in which the School inducted five new members into its Principal Donors Society — Darden’s highest designation for lifetime giving. At the gala, Darden also recognized six Principal Donors who, through new philanthropy, rose to higher giving tiers within the society.

Funds raised from the campaign will support four priorities:

“This is our moment to power the purposeful,” said Dean Scott C. Beardsley. “Through Darden’s unparalleled transformational learning experiences, new generations of leaders will be equipped to solve problems and seize opportunities. By combining innovative thinking and an immovable commitment to the Darden way — our culture, values, tight-knit community, and dedication to honor and purpose — we will help define modern business, just when it is needed most.”

Philanthropy during the early stages of the campaign has already propelled several critical innovations at Darden:

The campaign has also inspired the largest gift to date in the School’s history from Frank M. Sands Sr. (MBA ’63). His gift will transform Darden by creating the new Sands Institute for Lifelong Learning, providing unprecedented faculty support in the support of 12 new professorships and building world-class facilities that include a new UVA Inn at Darden and Conference Center for Lifelong Learning in Charlottesville, Virginia.

The University of Virginia announced another transformational gift that will support students and professors across the University, including at Darden, at its campaign launch event, which took place on the Lawn of UVA’s Academical Village, a UNESCO World Heritage site. David Walentas, a 1961 graduate of UVA and a 1964 graduate of the Darden School, and his wife, Jane, made a $100 million gift to the Jefferson Scholars Foundation. Of that gift, $38 million will advance the Darden School in three ways: through a new $25 million Walentas fellowship program for first-generation students, through $8 million in additional funding for the existing Darden Jefferson Fellowship Program, and through $5 million for a new Jefferson Scholars Foundation Professorship in real estate.

“The impact of these early gifts sets an incredible tone for the promise and potential of this campaign, which is poised to position Darden among globally preeminent business schools for generations to come,” said Jim Cooper (MBA ’84), a member of the Darden School Foundation Board of Trustees and chair of the Powered by Purpose campaign.

The aspirations for the business school’s campaign are closely aligned with those of UVA’s Honor the Future campaign.

“As UVA launches its Honor the Future campaign, I am thrilled for the potential of this important moment to strengthen the schools that make up our remarkable University,” said UVA President Jim Ryan. “The Darden School of Business continues to be a force for good at UVA and in the world at large. Through faculty research and a close connection to business practice, Darden provides accessible and relevant ideas for global leaders who see an active and responsible role for business in society.”

With an incredible culture of philanthropy, Darden’s diverse and dynamic network of more than 16,000 alumni in 90 countries drove the School’s tremendous success during the quiet phase of the campaign and will continue to power purpose-driven students and faculty for generations through participation in the campaign.

“When our incredible alumni unite behind a purpose, the Darden network is an unstoppable force that unlocks doors and expands horizons,” said Kara Ramirez Mullins, vice president of the Darden Office of Advancement. “On behalf of the students and professors whose lives are changed immeasurably through philanthropy, I offer my sincere gratitude to Darden alumni and friends as they consider how to make an impact through the Powered by Purpose campaign.”

There was a little extra excitement in the air as the University of Virginia kicked off its “Honor the Future” campaign with events ranging from research panels and discussions to a one-of-a-kind Lawn concert.