Skip to main content
Jeffersonian Grounds
A Matter of Design

A Matter of
Design 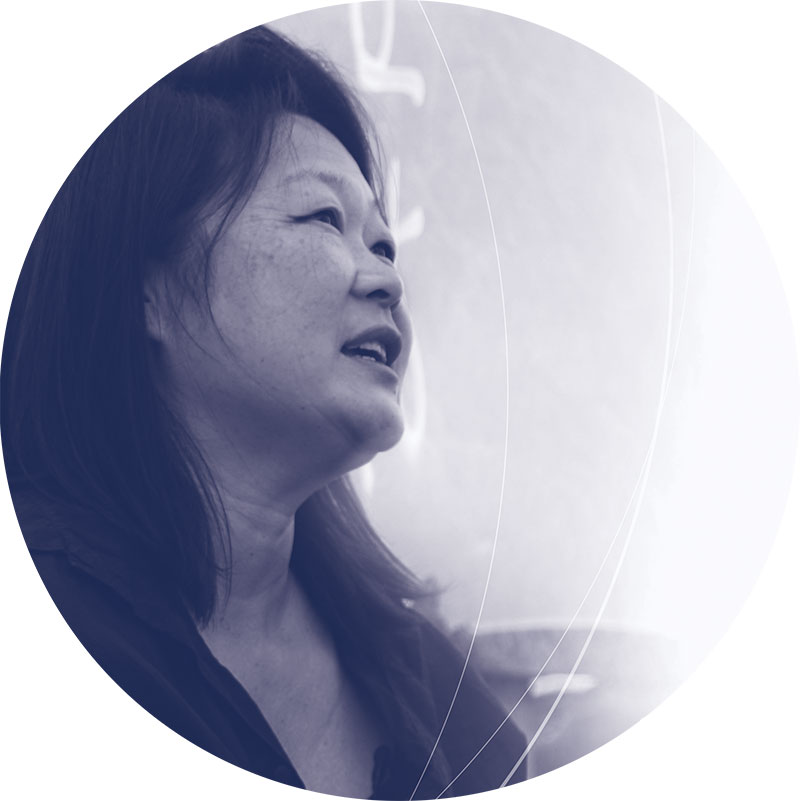 Meejin Yoon stares intently at a dumpster-sized block of raw granite as artist Eto Otitigbe runs his hands over the rock’s surface. It’s a warm, early fall day at the Virginia Mist Quarry in Culpeper, Virginia. The two are there to inspect the granite that will become the Memorial to Enslaved Laborers at the University of Virginia.

“For the memorial, it is better if the blocks are consistent and all from one part of the quarry,” Yoon says. “My gut instinct is to avoid too much linear veining in either direction.”

Yoon, the architect in charge of the memorial’s design, is searching for textures in the stone that will lend themselves to Otitigbe’s figural depictions lining the memorial’s outer wall. She pauses approvingly in front of one massive block. Its coloration and markings convey a certain wispy, cloudy feeling that she is looking for. It feels right. “This is the wispy movement we need,” she says.

Before the fall 2018 groundbreaking, the memorial’s design team at Höweler + Yoon Architects in Boston were busy assembling the artistic and structural elements that together will present a fuller picture of the lives of the enslaved people who built UVA. The memorial will honor the 4,000 or more individuals who built and maintained the University.

One issue confronting the team is that many details of the lives of the enslaved were not considered important enough to record. Many were known only by their first name. “It has been our privilege and responsibility to glean information from the community,” said Otitigbe. “The challenge for the design team is to find the hidden history, including the suffering. We also have to represent the spectrum of resistance.”

Otitigbe, a polymedia artist from Brooklyn, uses an algorithm to generate photorealistic carvings. 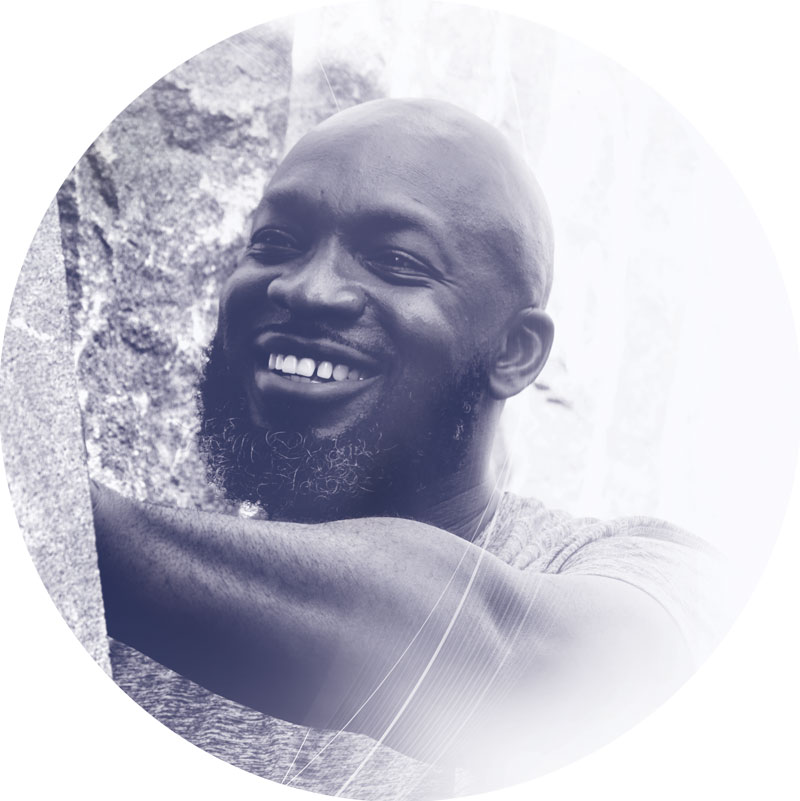 Mabel O. Wilson (Arch ’85), a member of the design team, suggested bringing him on to the project after viewing his work, “Becoming Visible.” His solution for developing the memorial’s visual imagery is to incorporate a likeness of Isabella Gibbons’ eyes. Gibbons was among the thousands of enslaved people who toiled at the University during its first half-century. Because she was a woman who exemplified triumph over despair and adversity, portraying Gibbons’ eyes allowed Otitigbe to convey a deep connection to history, discovery, and experimentation. “I took a sampling of her eyes as well as images of trauma to give the viewer a tactile experience,” Otitigbe said. “Striations in the stone will add layers of meaning to the design.”

For Yoon, a big question for the inner wall was how to recognize the vast number of people enslaved. “We have many partial names, fewer than 1,000,” she said. “The design team’s position is that the unknown people be represented by a line or gash carved into the granite. A quote from Isabella and a timeline of key moments and events guide you as you move into the memorial.” A planned water feature will include a thin sheet of water moving over the timeline to add a spiritual element of cleansing and healing.

Yoon’s objective is to create a human-scale memorial that cuts into the slope of the landscape. “It is not monumental in scale, but it invites exploration,” she said. “You can reach out and touch every mark.” Her idea for an open memorial that serves as a starting place for education and the coming together of community synchronizes with Otitigbe’s work as a platform for cultural ideas. As part of the design team’s community outreach, Otitigbe met with descendants and other community stakeholders as well as more than 200 local high school students.

“Not only is the memorial a major victory for those who were enslaved,” he said, “but it is also one for UVA, as the University is transforming the narrative.”