Even for an experienced diver like Pete Ten Eyck (Col ’82, Darden ’89), swimming with one-ton apex predators has a way of focusing the mind.

On a recent dive trip to North Bimini in the Bahamas, Ten Eyck’s party went looking for sharks. Soon enough, they found some—a school of 16-foot great hammerheads wintering there along with several 9-foot nurse sharks patrolling the sandy bottom. A pair of Caribbean reef sharks kept popping in and out of view. Despite Ten Eyck’s long diving resume—ranging from the Cayman Islands to Hawaii and the Great Barrier Reef—swimming with nearly 20 sharks was pretty intense.

The next day, reliving the dive with his brother over lunch and a beer, Ten Eyck couldn’t help but reflect on the current state of the world’s oceans. “My brothers and I, diving in the places that we love, have seen the degradation of our oceans while we've been alive,” he recalled. “I grew up in a conservation-oriented family—we were all water people. It was always something that was important to us.”

Though he had long been an ardent supporter of various national and international ocean-based conservation organizations, Ten Eyck felt somehow adrift. He sensed a need to orient his priorities in a different direction. Having majored in environmental sciences at UVA, he began to consider the department’s current priorities. “I had this thought,” he said. “Wouldn't it be cool if the faculty in Environmental Sciences was doing the things that I was interested in—looking at the impact on our marine environment of global warming, ocean acidification, sea level rise, coral bleaching, and coastal degradation?” He decided to pay UVA a visit.

The idea was that a fund at UVA would be more efficient than giving to a traditional charity.
Pete Ten Eyck

When Ten Eyck met with UVA faculty members, he found a receptive audience. “The marine science faculty, including me and several others, talked about what our program was doing in relationship to some of his experiences and background,” said Mike Pace, a professor in the Department of Environmental Sciences. “One thing that became clear is that Pete’s quite a keen person in terms of marine science. He has a long-term interest in the coastal zone environment.”

Ten Eyck wanted to create a legacy gift in honor of his parents. At first, he considered some form of estate gift, until his wife, Lisa, suggested he go for something more immediate. “So I called Mike back and said let's talk about how we go forward,” Ten Eyck said. As the discussions continued, a consensus emerged. “We started talking about what we could all do,” said Pace, “and basically, he created a fund to take on innovative ideas as they’re developing in the marine sciences area within the department.”

The Fairfax Marine Research Fund will serve as seed capital for up-and-coming research projects that can be leveraged into larger federal grants. “What this funding can do is allow us to develop a strong proposal to send to a federal agency down the road,” Pace said. “A lot of our funding comes from the National Science Foundation, which funds basic environmental research, so it’s a huge asset to have this kind of seed money. You can’t compete if you don’t have a really good idea, and usually you need some initial data to support that good idea.”

From Ten Eyck’s perspective, providing the vital initial support for research that has an immediate, transparent impact on the marine environment was precisely what he was hoping to create. “The idea was that a fund at UVA would be more efficient than giving to a traditional charity, which is typically 75-85% efficient,” he said. “As the administrative costs are already covered by the University, gifts or contributions are 100% efficient—all going to impact the environment. The activity is transparent; you know exactly what your gift is doing. It results in scaling your charitable giving.” 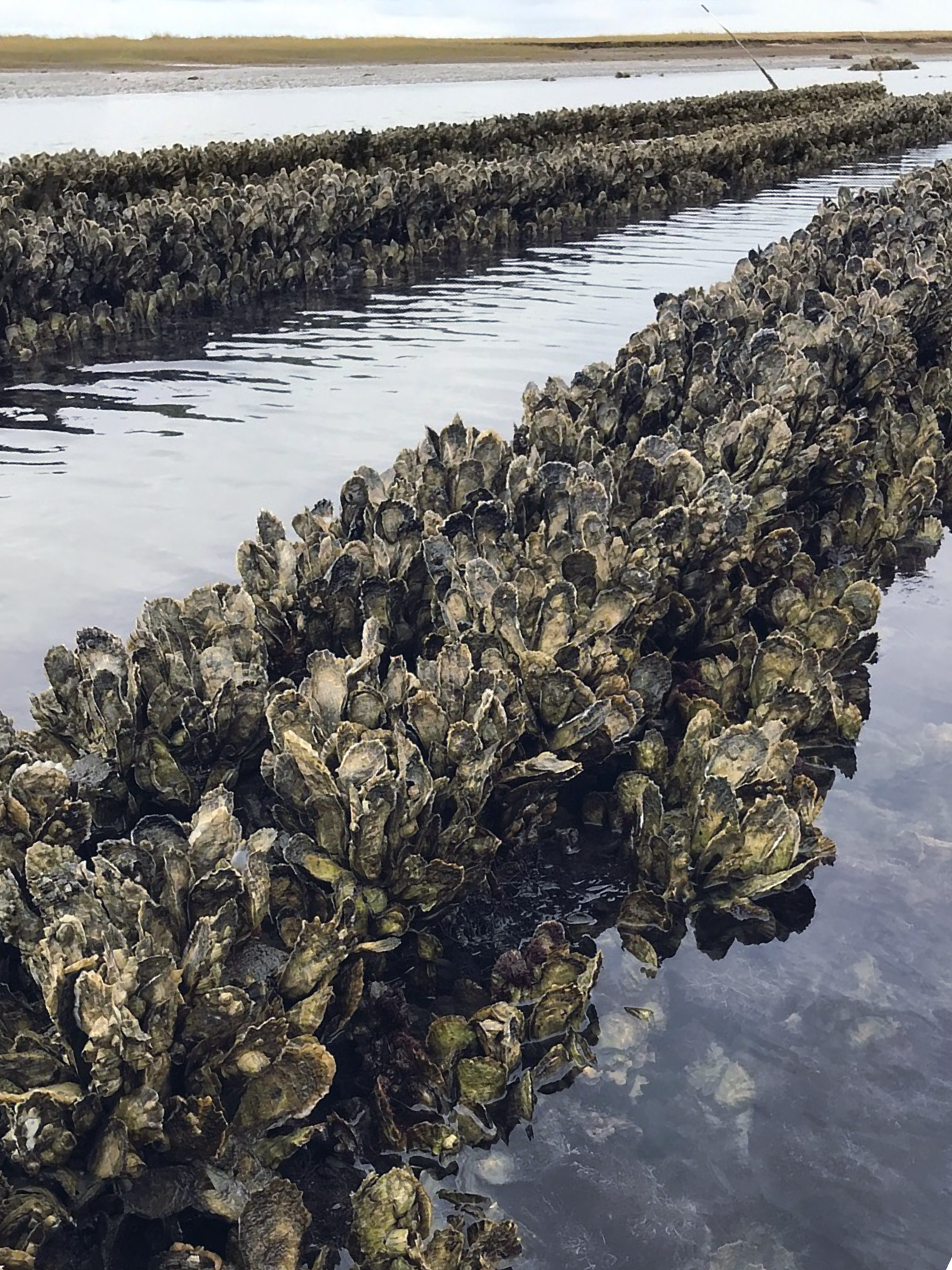 The Fairfax Fund’s first project builds on the department’s relationship with The Nature Conservancy and its long-term effort to restore oysters in the coastal zone of Virginia, particularly on the ocean side of the Eastern Shore. 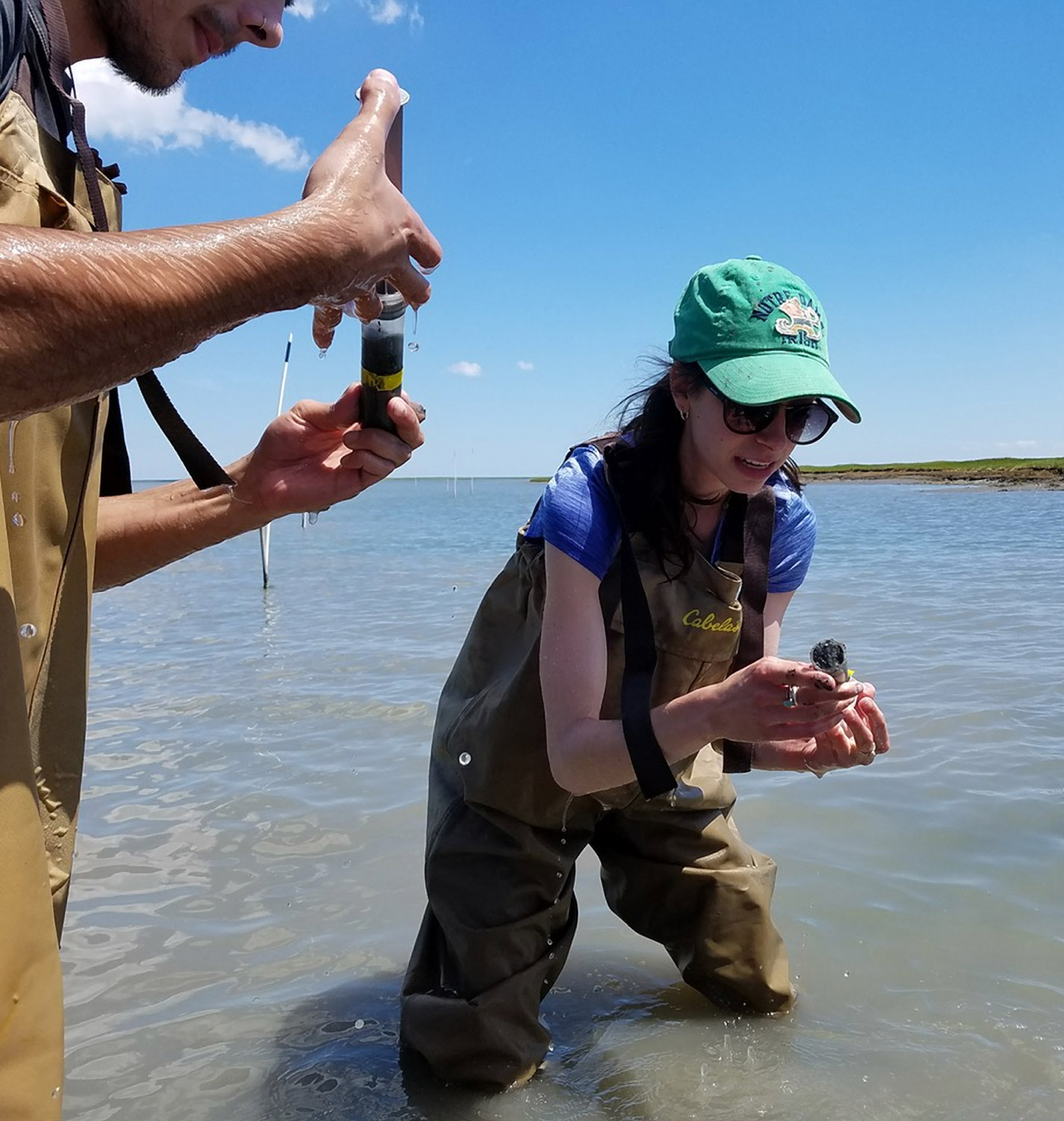 Oysters are nature’s peerless aquatic filtration system. An adult oyster can filter up to 5 liters or 1.3 gallons of water an hour—an amount equal to 30 gallons per day. Historically, oysters could filter the Chesapeake Bay's entire water volume in less than a week. Not only do they filter sediment and algae, they remove nitrogen from the water. Their reefs also serve as nurseries and feeding grounds for rockfish, crabs, and other marine life. For generations, oysters have played an important role in Virginia’s coastal economy, but overharvesting and waves of disease outbreaks have decimated their ranks.

Oyster reef restoration offers an elegantly practical solution for adapting to climate change. Reefs close to shore can reduce the force of storm waves and help slow erosion rates along marsh edges. In 2017, The Nature Conservancy launched a joint project with UVA to build eight experimental reefs with a goal of measuring the reefs' ability to reduce wave action.

Master’s degree candidate Sara Hogan (Grad Arts & Sciences ’23), based out of UVA’s Anheuser-Busch Coastal Research Center, is using LiDAR data to map reefs in the intertidal region of the Virginia Coast Reserve in order to understand their location, elevation, and correlation with the surrounding environment. LiDAR is a laser radar system that shows the structure of surfaces in very fine detail and can create maps to the millimeter and centimeter level, allowing scientists to see reefs in ways they couldn’t otherwise. Hogan is also examining how best to design restored oyster reefs by investigating how these reefs can improve habitat and contribute to shoreline protection. “This is a part of the world where we have very rapid rates of sea level rise,” Pace said. “Protecting against this could be a nice additional benefit of restoring reefs in that region.”

“I'm really excited that we've already sponsored a project,” Ten Eyck said. “The Chesapeake Bay and the Eastern Shore are tremendously important and very near and dear to my heart. I think we need to continue to focus on causes like the marine environment, pollution, global warming, all of the big things. This effort—the Fairfax Fund—is a way to seed to scale. We can actually see and quantify the results. That’s cool.”

The Department of Environmental Sciences at UVA was established in 1969 during President Edgar Shannon’s administration. It was the first in the U.S. to offer degrees from the bachelor’s to the doctoral level in the environmental sciences. Today, the department has four areas of interdisciplinary specialization: surface geology and geomorphology, atmospheric processes, hydrology, and ecology in addition to a strong research focus in biogeochemistry. The faculty has grown from 12 to more than 40 today.